Patents Primer: Do you understand the process? 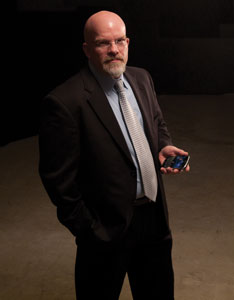 I heard Charlie Hall, Ellison Chair in International Floriculture at Texas A&M University, talk about “hypercompetition.” He defined it as an environment characterized by intense and rapid competitive moves in which competitors build new advantages and simultaneously erode the advantages of their rivals.

An element of hypercompetition in the green industry is new plant introductions. Superior new plants can differentiate one breeder or one grower from his competition.

Hall went on to define differentiation strategy as an integrated set of actions taken to produce goods or services (at an acceptable cost) that customers perceive as being different in ways that are important to them. But the key to profitability in this industry is not selling more flowers or plants per se, but getting more dollars for the flowers or plants we do sell.

One way to create more value and differentiate plants is through the original packaging, labeling, advertising and branding efforts.

Patents Primer
The Plant Patent Act of 1930 was actually enacted to develop an incentive and reward for plant breeders and the horticulture industry. In laymen’s terms, a plant patent legally protects the actual plant itself. This means no one can asexually propagate (such as cuttings, grafting, budding, divisions or tissue culture) without permission; i.e. they need a license contract from the patent owner to propagate the patented plant. The patent also affords protection on plant parts including cut flowers, fruit and berries.

So, what can be patented?
A plant must be new and discovered in a cultivated area. It should not have been sold or offered for sale for more than one year prior to a formal patent application being submitted.

Plant patent applications are extremely detailed, in particular so you can distinguish what makes it novel or unique compared to other cultivars or varieties in the genus and/or species in question. The type of information necessary includes, but is not limited to, how best the plant may be asexually reproduced; how, when and by whom the plant was discovered or bred; and a thorough botanical description including details of all the plant parts and accompanying references to the Royal Horticultural Society Colour Chart.

Protected plants are identified in several ways including the following:

A plant patent has a life span of 20 years.
It is not renewable, and once expired, a patented plant is available to anyone. A plant patent only provides protection rights within the United States. Thus, hybridizers of plants with strong marketing potential will need to consider applying for Plant Breeders Rights protection in countries outside of the U.S.

Patenting can be a long, expensive process, especially when there are no guarantees that a new introduction will be received positively by the gardening public. It can take 10, 20 or 30 years or more to select, evaluate, test and multiply a plant until suitable numbers of it are ready for marketing and sale.

Royalties
Just like any other patented invention, the patent owner receives a royalty.  Royalty rates vary depending on the type of plant. Typically they can range from around a quarter for a perennial, shrub or evergreen and fifty cents to a dollar and up for a tree. Royalties are collected on either the amount of plants sold or propagated. The patent or trademark owner or their agent provides a royalty report form to complete and return with any monies due, generally on a yearly or bi-annual basis.

In addition to the royalty fee, you may see a second cost associated with patented and/or trademarked plants which are most often referred to as a marketing fee. This charge goes toward promoting the plant and/or brand associated with it—anything from print ads in magazines to point-of-purchase support materials.

Trademarks
An alternative or additional recognition available to plantsmen are trademarks. Unlike a patent, a trademark in essence protects a name. It lasts for 10 years and can be renewed for subsequent 10-year periods indefinitely, as long as the mark continues to be in use. If a trademark is associated with a plant or group of plants which are not patented, they can be asexually reproduced without a license agreement.

Without a license you are unable to utilize the associated trademark and can only sell that plant by its cultivar name, which is usually not as well known as the trademark in the industry or by the general public.

A federally registered trademark is identified by an “R” within a circle like this: ®. Sometimes a ™ is used which means the trademark name has been claimed, but either not officially registered with the U.S. Patent and Trademark Office or an application for registration has been filed. A ™ may also represent a state issued trademark.

Asexual propagation and/or sale of a patented plant or use of a trademark without a license agreement from the patent or trademark holder is illegal.  Even if not done on purpose, illegal propagation is obviously frowned upon by not only by the patent holder, but also by those growers who have invested the time to play by the rules.

In today’s computer age, becoming licensed can be a fairly easy process that interested growers should not shy away from, but instead research and look at just like any other business investment.

The customer’s call
There are varying opinions within the green community on new plants, patents, trademarks and branding. What is clear is that new plant introductions have established themselves as a proven marketing tool in today’s gardening environment.

Most customers when walking into any store are most interested in what’s new and not what’s old. Why should our industry be any different?

Wanting the newest, latest, greatest gadgets is part of our society’s culture. Thus, new plant introductions or new plants perceived as new are important to consumers. As my dad told me, “The customer is always right, even when they’re wrong.”