A lot has happened in 2017. Great joy in knowing my mother Margaret Zampini is now both lung and breast cancer free. My oldest son Jacob is engaged and is to be married in June. And my baby boy, Robert, is following in our horticultural footsteps, as a salesperson at Grimes Horticulture.

But this year also brought great sorrow as we lost my best friend, business partner, mentor and father Jim Zampini on Holy Saturday. It has been a difficult transition and I appreciate the patience growers and breeders have afforded me in dealing with his passing both personally and professionally. While no longer in the physical world, I take strength in knowing he is still here supporting me and being my strongest cheerleader, just not in body but in spirit.

As we work through the diverse plant trials he amassed, we feel a renewed sense of passion for new plant introductions. It always has and always will be the foundation upon which UpShoot was built. Our future is so bright with new plants, I gotta wear shades!

It Takes a Village

I’m very lucky to have some dedicated and talented people working with me at UpShoot. This time last year I introduced you to our Administrative Assistant Char Wyatt. She has been reaching out to growers and breeders on my behalf regarding license agreement and royalty reports. If you haven’t heard from her yet, don’t worry, you will!

At the same time, a newer team member is Katie Elzer-Peters, a.k.a. the Ninja. She is working stealthily behind the scenes creating content, helping with business management and technology and managing social media and special projects for many of UpShoot’s marketing clients. She is one of the most sought-after freelancers in the garden writing world. Man, did we hit the jackpot by getting her on our team!
Last but certainly not least, a special thank you to Martin Rodrigues and his wife Mary. Martin has worked with us for over 30 years and Mary started with us this past year. Thanks to this hard-working pair, along with some help from Dad’s right-hand man Gerry, the Mary Elizabeth Garden, where we trial all of our new plants, has never looked better. Jim would be so proud at how they are taking care of his legacy!

We have new introductions we are focusing on in 2018 which have and will be hitting trade publications and consumer media. If you’re not growing them and want to be licensed or need liners, shoot me an email. 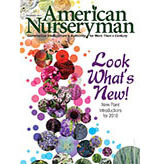 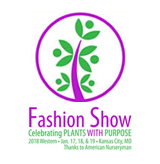 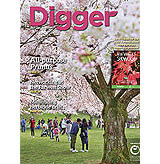 Breeder Phil Dark, of Oakmont Nursery in NC and Crown Jewel Gardenia fame, is just releasing his new gardenia called Prince Charles. It has recurrent flowering from spring until dormancy.
It’ll formally debut at the Green and Growin’ show in Greensboro in January.

Mademoiselle Ilex made its debut in the New Varieties Showcase at the Farwest Show in Portland, Oregon this past August. This holly has striking chocolate merlot new growth which adds another dimension in the landscape.
It is from local plantsman Paul Hanslik of Holly Ridge Nursery in Geneva, Ohio.

Native plant breeder Mike Yanny of JN Plant Selections in Milwaukee, Wisconsin brings to market his Fire King Carpinus in 2018. It follows in the footsteps of his first Musclewood Firespire. He also has two new Aesculus, Mystic Vision and Mystic Ruby, plus Wisconsin Red, a seed strain Carpinus just now becoming available in the trade.

Sharon Kay Viburnum from plantsman Greg Fuhrer of Locust Grove Nursery in Erie, PA continues to impress with its repeat blooms.
After its initial bloom, it will re-bloom up to two more times. This photo was taken of a random flower in late fall in our Mary Elizabeth Garden.

Virginian Arb from plantsman Frank Case of Virginia is a sport out of and replacement for the popular Green Giant.
It is more narrow, shorter and faster growing and produces a more robust and fuller liner. It tolerates southern heat and humidity too.

Persian Spire Parrotia from John Lewis of JLPN Liners in Salem, Oregon is a hit both in the US and in Europe where it is represented by Plantipp.
Here is a photo of it this autumn with a grower in The Netherlands. Now that’s some fluorescent fall foliage!

Marleys Pink Styrax, as well as Persian Spire Parrotia, have caught the eye of Martha Stewart!
JLPN Liners have shipped plants in both 2016 and 2017 to be used on her farm. We look forward to more blog posts from Martha detailing her plantings.

Last but certainly not least, LCN Selections plants bred by my father Jim Zampini, including Lemon Ice Weigela, Mor-Colourful Weigela and Run-along Lonicera (below, left to right), all bring a touch of mellow yellow to the landscape in both flower and foliage.

UpShoot hopes to see you at the following trade shows in January 2018:
January 10-12

MANTS
Baltimore, Maryland
Convention Center
Maria will be in the HIP Labels booths 1302/1304 and visiting clients on the show floor. Katie will be visiting grower booths and marketing clients introducing herself in person.

January 15-17
MGIX
Columbus, Ohio
Convention Center
Maria will be walking the MGIX trade show on Monday and Tuesday, her first time in Columbus in several years due to overlapping trade shows. #hometownproud]]>